The team at haircolorconcepts is vastly growing so that we may cater to the needs of our clients. Our team is dedicated to providing you with a user-friendly, modernistic, experience.

We strive to be the best! Our customers rave about our coloring techniques, haircuts, hair styling, hair extensions, make-up artistry, hair & scalp rejuvenation treatments, and keratin treatments.  Our professional team makes recommendations for your customized experience using the most recent and latest hair trends and techniques.  Scheduling an experience at haircolorconcepts is a decision you will not regret. You will find a team dedicated to making you look as beautiful on the outside as you are on the inside. 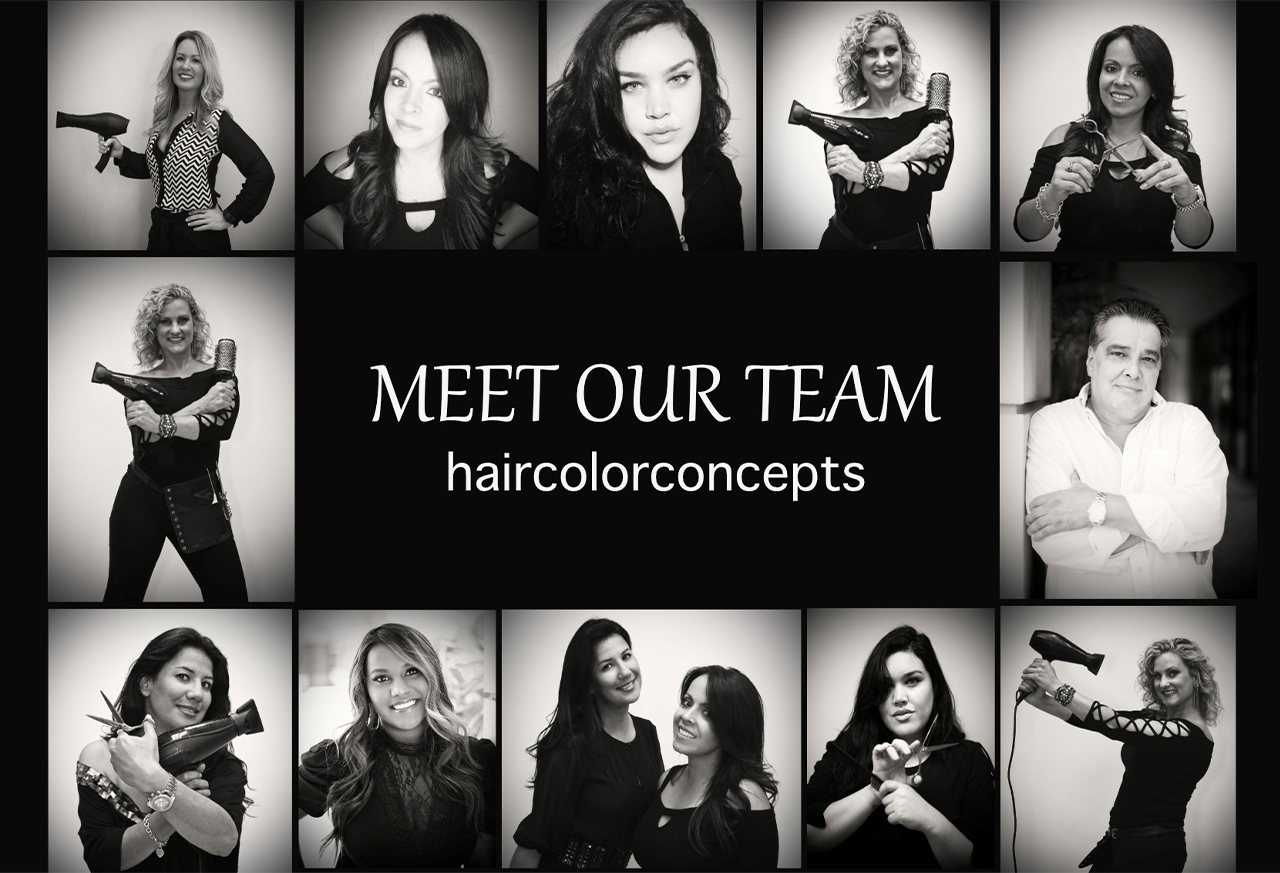 Discover the Team at haircolorconcepts 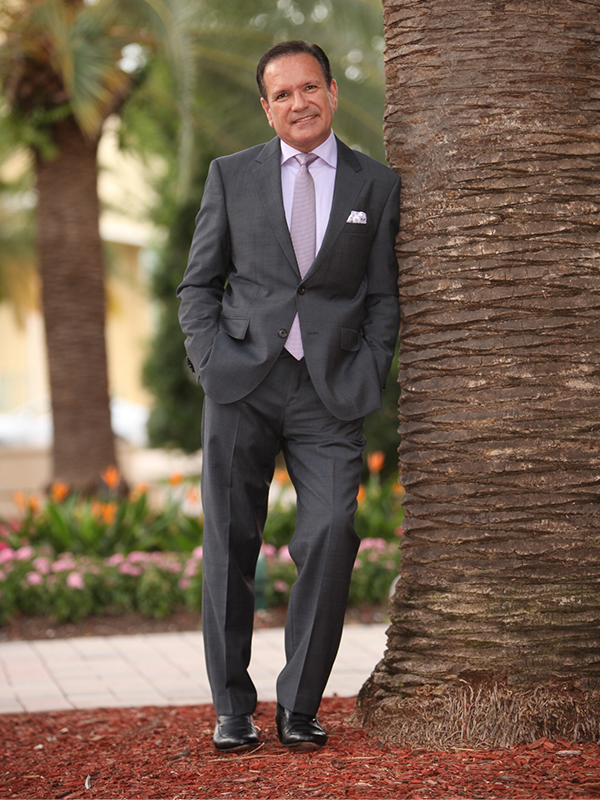 My family and I migrated from Portugal to Lowell, Massachusetts. Since I was young, I was always interested in technology, so after high school I started working at a computer company, Wang Labs. While working as a computer technician, I enrolled in the Mechanical Engineering Program, and about four years later I left and started my own computer business. It was during those early years that a friend recommended I should attend cosmetology school.  I soon discovered I had an artistic ability for cutting hair and fell in love with it.  After graduating from cosmetology school, I began my hair styling career at Salon Vergados where I worked for nine years.  It was at this salon that I established myself as a stylist with a strong work ethic and a responsible manager. I credit my success at this salon to the salon owner, my mentor, boss and great friend, Nick Vergados.

In 1993, I left Massachusetts and moved to South Florida.  Here I worked at two salons, Sam Jon’s in Wellington and Chenzo’s in Boca Raton. Sam Jon and Chenzo Balsamo provided their guidance, mentoring and friendship in helping me strengthen my skills in becoming a successful business entrepreneur.

In 1998, I briefly left my hairstylist career to become a part-owner of the restaurant Club 251 in Palm Beach (one of the top night clubs in South Florida at the time), moving on to become the managing partner of the night club until early 2000.  In the year 2000 I joined haircolorxpress, a new franchise company headed by Chenzo Balsamo, Pasquale Benasillo and Larry Feldman. As Director for Salon Development and IT division, I helped build salons from the ground up which included training salon management and operations of the franchises. The company changed its name to haircolorxperts before being sold in 2003.

My business partner Gary Israel, and I purchased one of the franchise salons in Coral Springs FL in late 2003, two years later I bought the salon from Gary and became an independent sole proprietor under a new salon name, haircolorconcepts. In addition to running the salon, I provide consultant training solution systems to salon owners with a customized plan to manage their future growth in a successful business. 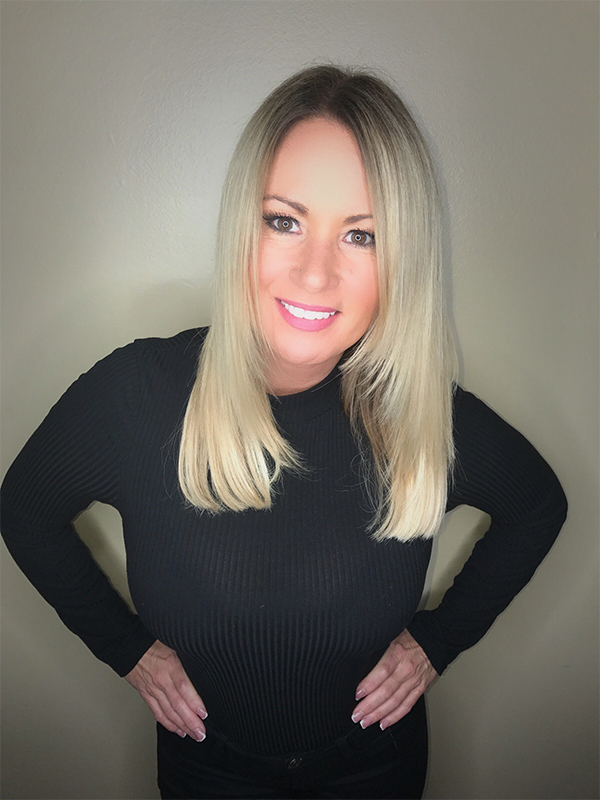 Victoria Kelley is the multi-talented artistic director and salon manager. After establishing herself in Pennsylvania in the 1990’s, Victoria stepped up to the big-time in South Florida taking a position as stylist and manager at Mainly Color Hair Salon from 1997 till 2002. Seeking further opportunity and growth as associate manager and lead stylist, she relocated to the haircolorxperts chain as part of their novel, upscale franchise format. In November 2003, Victoria joined Alvaro Sousa as his artistic director and salon manager when he purchased one of the salons, creating an independent vision and renaming the salon to haircolorconcepts.

Throughout her career Victoria has maintained and enhanced her skills with a long list of advanced training with well-regarded cosmetology companies such as Goldwell, Bumble and Bumble, PureOlogy, Schwarzkopf, Redken among many others. She continued to enhance her skills by learning Keratin treatment techniques, advanced blowout methods, hair extensions techniques and permanent makeup application.

Feeling herself fortunate in life, Victoria has regularly volunteered over the past six years with the Woman and Children in Distress organization, providing free haircuts, styling to those in need and bringing in co-workers to join in the generosity of spirit. Victoria Kelley brings nearly 20 years of hair artistry and salon management knowledge to help train haircolorconcepts staff in exceptional hair styling and customer service. Her attention to detail and mastering of skills in cutting, coloring, and styling allows her to bring out each male and female client’s unique look. 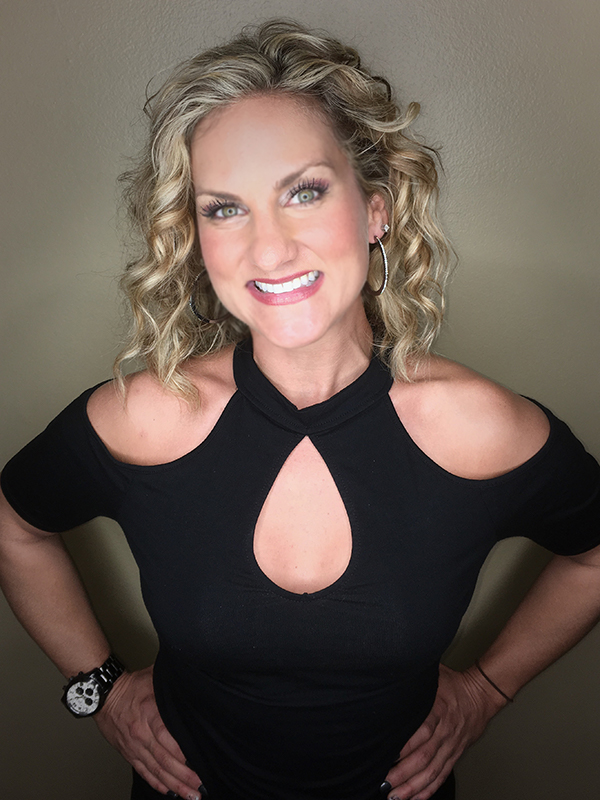 Shannon Harris wanted to follow her passion and take advantage of her strengths as both an artist and stylist, so she attended Carolina Beauty College shortly after graduating from high school. Once she successfully completed her certification, she began her stylist career at Tony & Guy, a departmentalized salon in Charlotte, North Carolina. It was here that she realized she wanted to specialize in color. She took the initiative and went through a full year of professional training in all chemical work.

Shannon is now a Master Colorist and Manager at haircolorconcepts in Coral Springs, FL. Through continuing education and a drive to perfect her skills she is certified in Coppola Keratin Complex Smoothing Therapy, Ultratress Hair Extensions, Goldwell, and WELLA. Shannon is truly one of a kind person and an experience with her will leave you with a lasting effect of true positivity. Shannon prides herself in her ability to Color Correct botched hair, improve the functionality of highlights and lowlights, and offer extreme product knowledge to better equip your at home hair care needs. 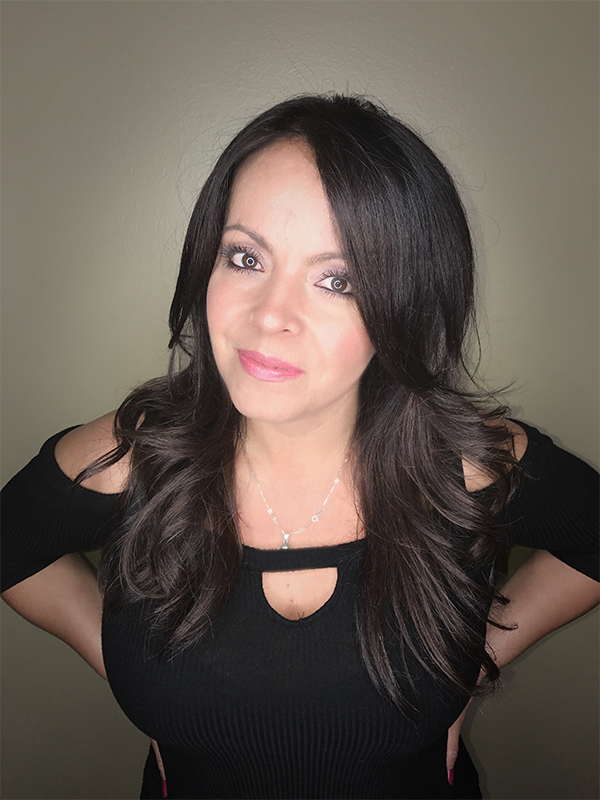 Luz was born and raised in Cali, Colombia. Her family migrated to Bethlehem, PA where graduated from Allentown School of Cosmetology. Luz started working with Genesis Salon in Bethlehem, PA where she acquired her cut and color experience within the Hair & Beauty industry.

Luz enjoys furthering her skillset with constant continuing education. Two things that are most rewarding to her as a hair stylist is making people look and feel good about themselves. She enjoys a good challenge whether it’s a great haircut or a fabulous hair color makeover.

In 2014, Luz joined the team of colorists at haircolorconcepts. She enjoys every opportunity to attend continuing education and retain the knowledge presented. Luz prides herself in her ability to perform color corrections, deliver amazing haircuts, execute keratin treatments, and provide exquisite results with formal styling. Luz is completely in love with Wedding Hair and constantly acquires the latest techniques to make every bride feel special on their day. 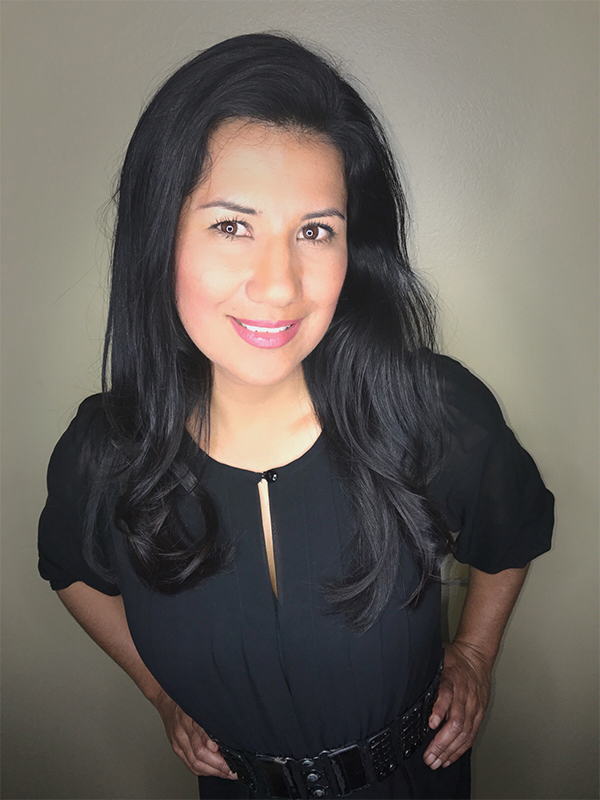 Angelica was born and raised in Bogota, Colombia. In her mid-20s she migrated to the United States and settled in Fort Lauderdale, FL. During her adolescent years, Angelica knew that her career path would be one that enabled her to use her love for art and creativity. Before becoming a colorist she majored in Art History and later completed her degree in Psychology. In her early 20s she began working as an assistant to a prominent hairstylist in Bogota, Colombia while she attended Pivot Point Hairdressing Academy. After migrating to the U.S, she began work as an assistant at Vintonio’s Salon in Boca Raton, FL. After assisting for a couple months, she became a member of the team of colorists at haircoloroconcepts in 2004.

Angelica’s constant persistence for artistic creativity drives her daily functions by pulling from her past experiences. Angelica travels the world in search of the lastest trends and techniques stemming from art and fashion. Her past experiences allowed her to live in Barcelona, Spain and train under a European style salon.

In her daily functions, Angelica pulls resources from her memory to execute amazing and eclectic hair colors and cuts. Angelica strives to deliver detailed results to her clients by bringing individuality and finesse to each hairstyle. Angelica has a passion for education and attends classes geared towards perfecting her hair coloring and cutting techniques. She also serves on the Administration of haircolorconcepts as the Director of Hispanic Development to assist with the progression of appealing to a more diverse clientele. Angelica hopes to continue to develop her skills both in her artistic and director functions.  Her specialties include, color corrections, ombre/balayage, keratin treatments, and customized haircuts. 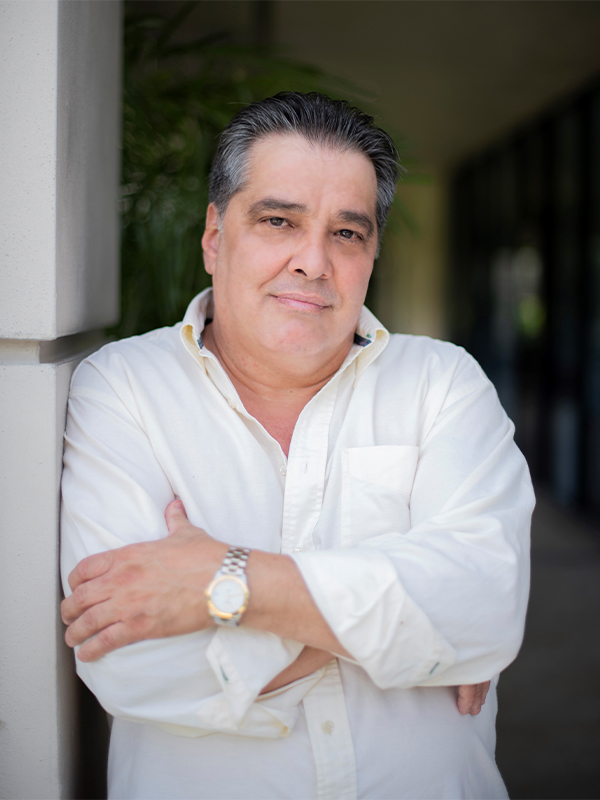 I have been a hairstylist for over 30 years, born and raised in Lower East Manhattan N.Y. city, I attended Ultissima Beauty Institute and after graduating became a stylist/colorist at Moda Day Spa in N.Y. city for a period of 13 years, creating new and different looks and making people look and feel great is a wonderful feeling of achievement.

Haircolorconcepts has been my workplace for the last 16 years, it’s a great place to a call home with a fantastic group of professional co-workers always educating and advancing ourselves so that we can continue to always be better at what we do.

I feel very fortunate to be in this field of work, and it’s always my pleasure to make you look good and feel good. 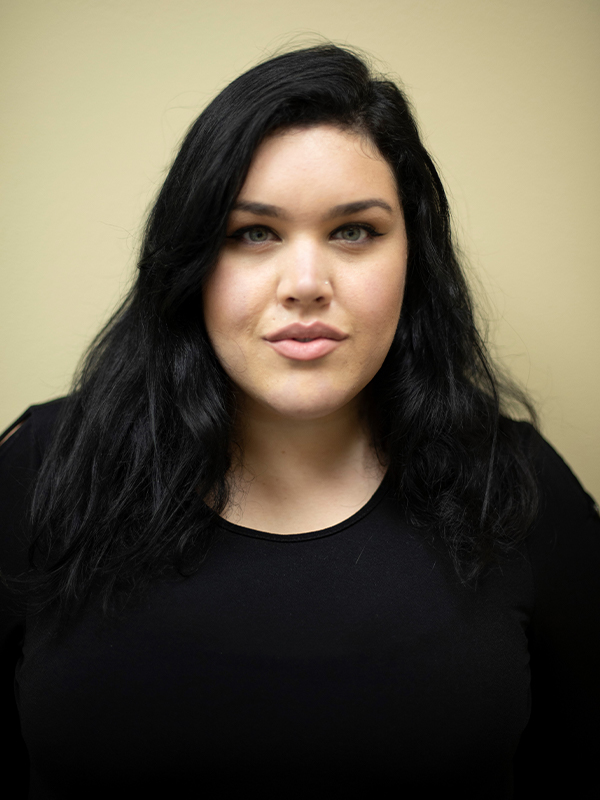 I have a love for artistry and helping people feel good has fueled my career in the hair industry. With 13 years of experience specializing in women’s hair-coloring, haircuts, formal styling, keratin treatments and facial waxing. I attended the Brown Aveda Institute of Cosmetology, my main focus is client satisfaction. I’m always attentive to the clients needs and advised them in reaching their hair care goals. I’m committed to making clients happy with the quality of my work and excellent listening skills. 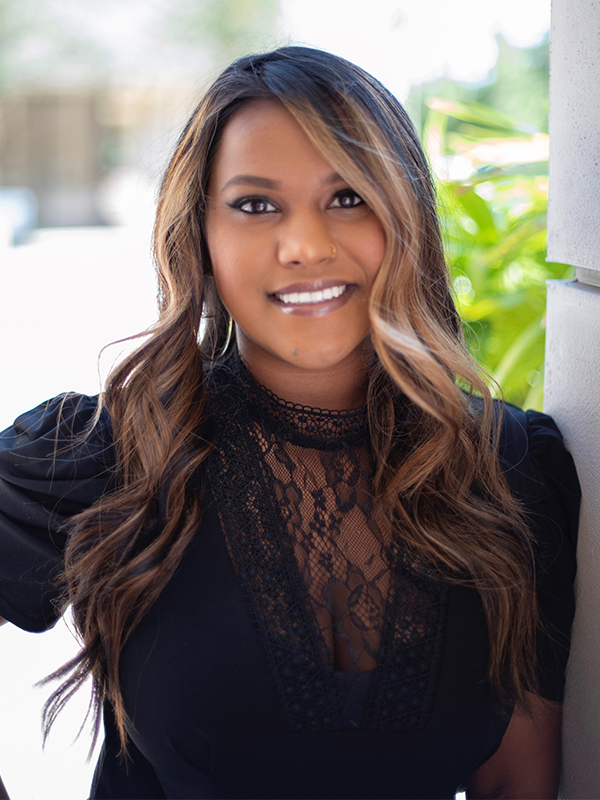 I was born in India and raised in New York, I moved to Florida in 2008.

I’ve always had a desire to be in the hair industry, so eight years ago I made my move on achieving my dream on becoming a hairstylist, it’s now a part of my life that I can utilize my artistic ability by making clients look and feel the best of them self’s.

It’s a great feeling to know that I can make a difference in someone’s life through my work as a hairstylist, and being part of the HCC team has been a major accomplishment in my career that gives me   the opportunity to continue expressing my artistic abilities.